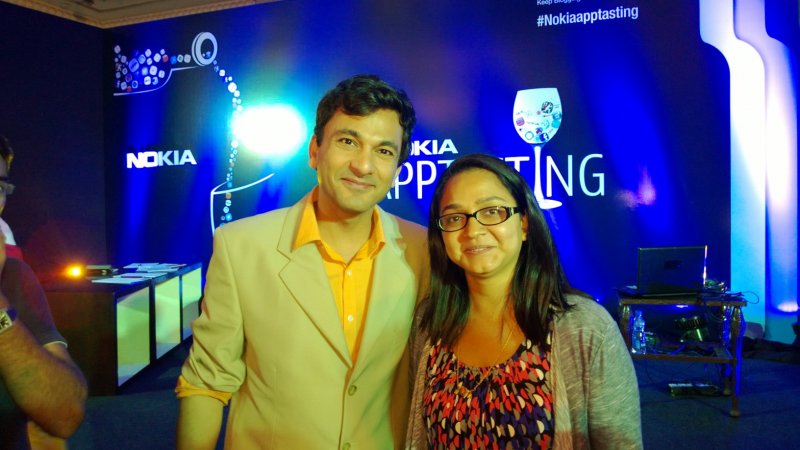 Last Sunday Nov 11th 2012 was a epic experience meeting our very own MasterChef Judge Vikas Khanna and the Gadjet Guru Rajiv Makhni at the NokiaAppTasting event at ITC Gardenia. The presence of both of them on stage drove the crowd into laughter, fun and information on some very interesting apps. 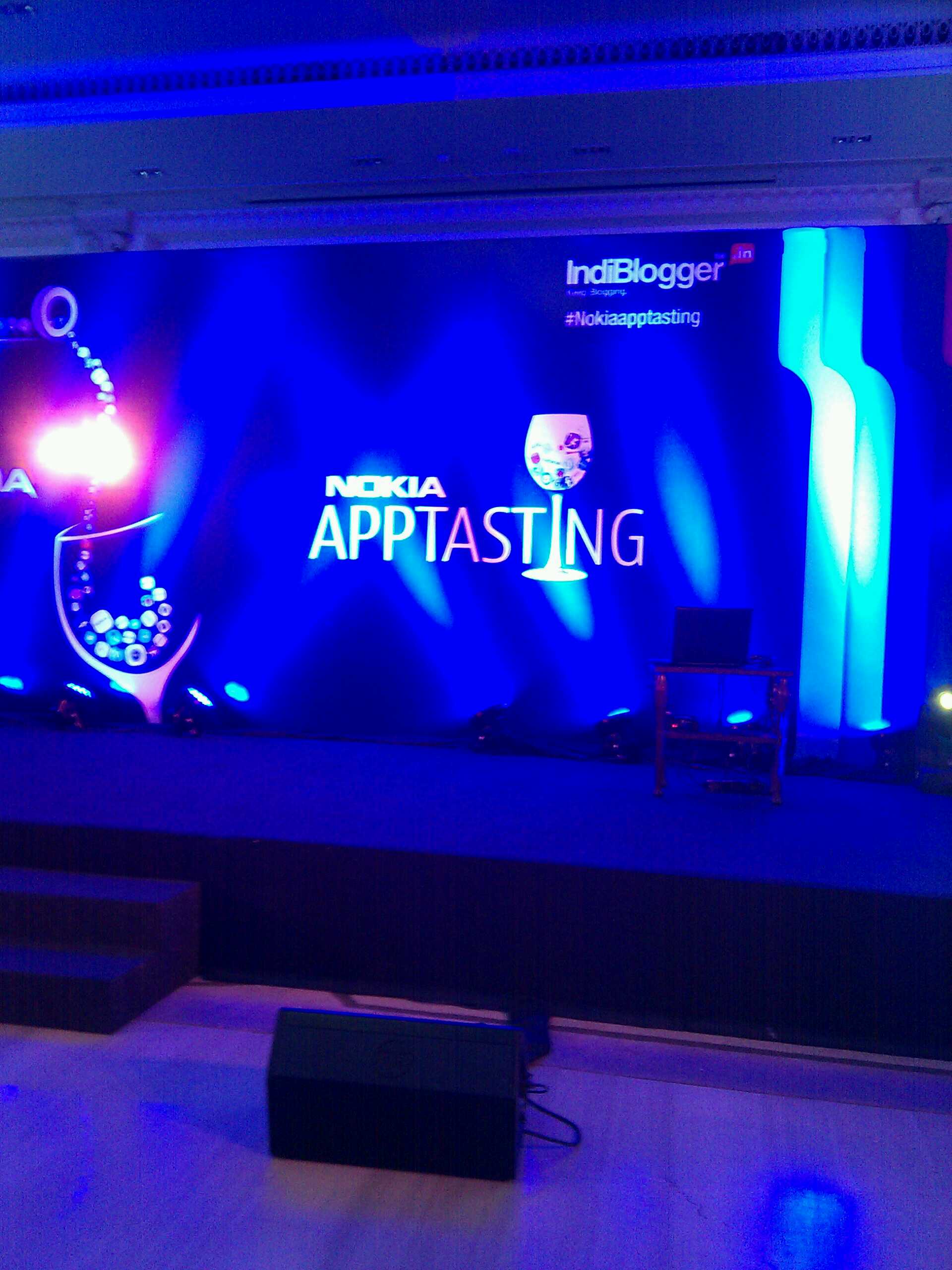 Two of the most interesting apps was the Breath Analyser App and the Wine pairing App. The breath analyser cap brought a very captivating audience who already had consumed about 5 glasses of wine and a few vodka shots. So much for the free drinks and food event, that some people did go over board.

The Alcohol breath analyser app was really cool, all one had to do was to blow air into phone (that had a sensor) I assume to detect the alchohol content in your body. Yes, it perfectly detected the content and phew... have you stats on what happens to your body and mind when you drink so much alchohol.  Also tells you clearly that you cannot drive. Now how cool is that. 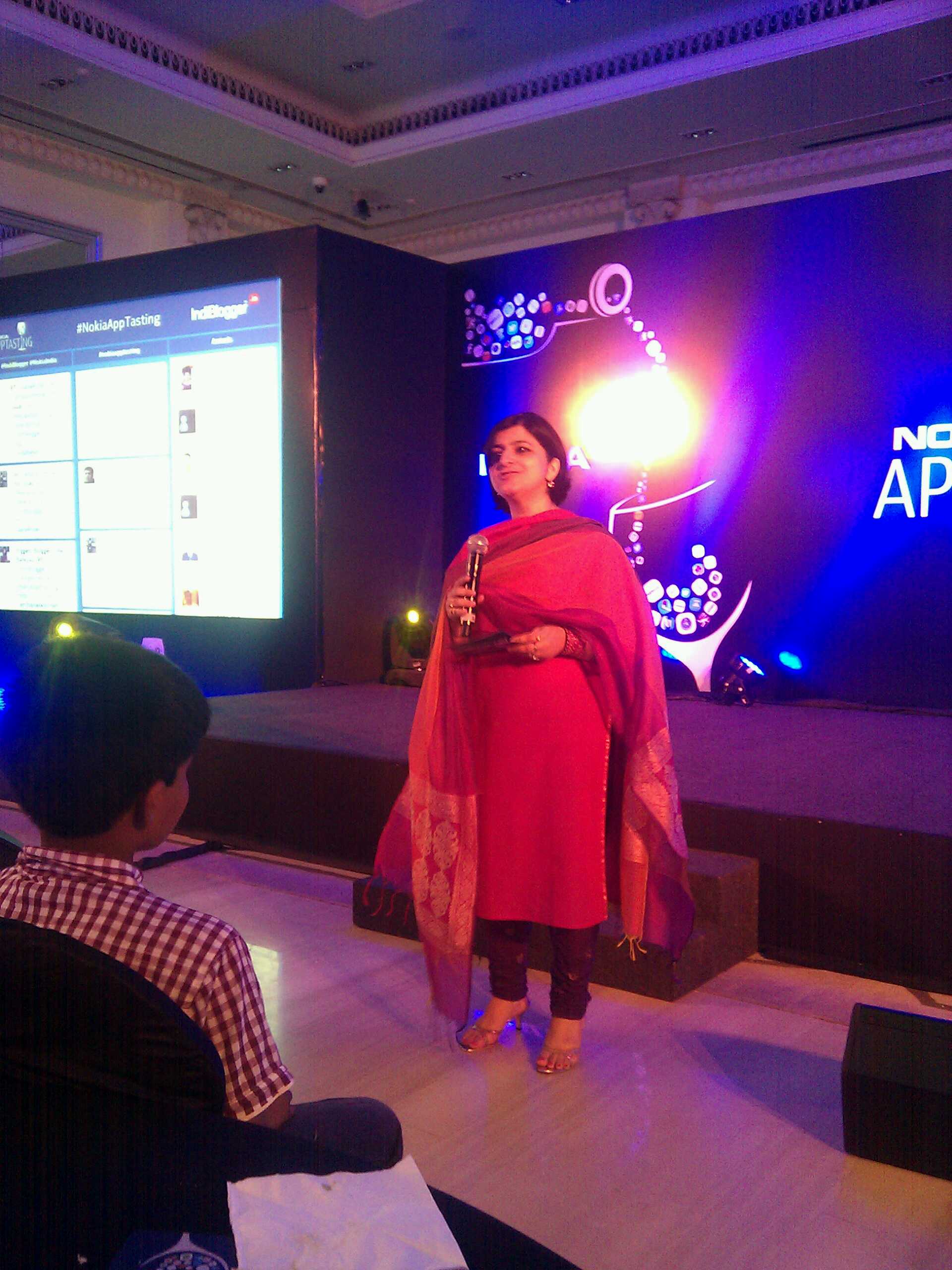 The other app that interested me was the Wine pairing app. Vikas though that with fried chicken would be good with a cabernet sauvignon. So Rajiv Makhani went on to check with his wine pairing app, whether it would go well and boom yes it paired it right!. Interesting, but I am sure a lot of work must have to go in to put data about the zillion variety of Indian foods that would go well with a particular wine. So did we get to taste that combination, oh yea the hungry bloggers went on grabbed their wine glasses and their fried chicken. I wish they offered a Chilli Paneer for the vegetarians like me. Hmmmmm.

Those were about the few apps that interested me the most. 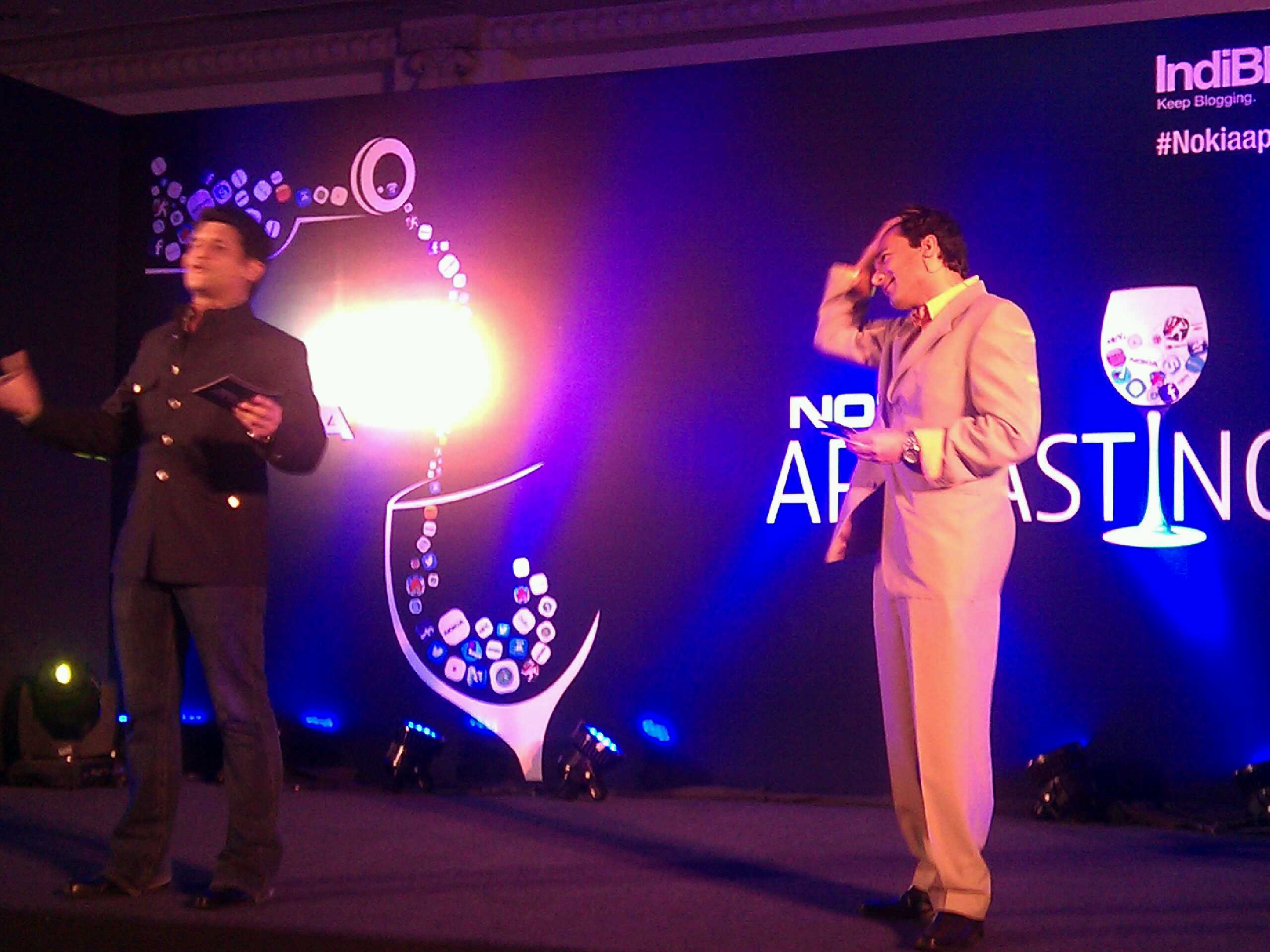 Now for the fun times where I could join in. An app on how you can learn the Gangnam style dance. Oh yea and there was a foodie team and a techie team.  I was excited to me part of the vikas khanna's foodie team! and yes we danced as a team for the gangnam style dance. It was so much fun. 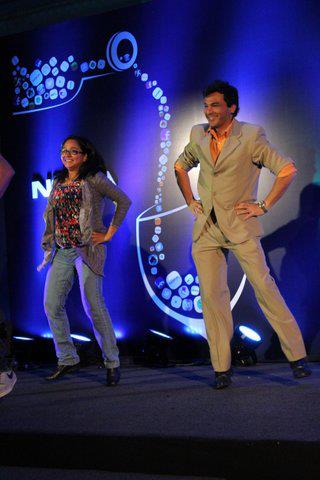 Oh did I miss that there were also a few rounds of the masterchef sessions of cutting onions and also guessing the ingredients of the soup. How I wish I could have been a part of that, those sessions totally rocked.

Last but not the least: the event collected a truck load of app ideas for the Nokia app and I had an idea for a food app that is so much needed and I do hope they look into mine. It would just get all the foodies together in one place with exotic recipes. And did I win anything from the event, yes I did. A phone? Na.. a cool Nokia charger. 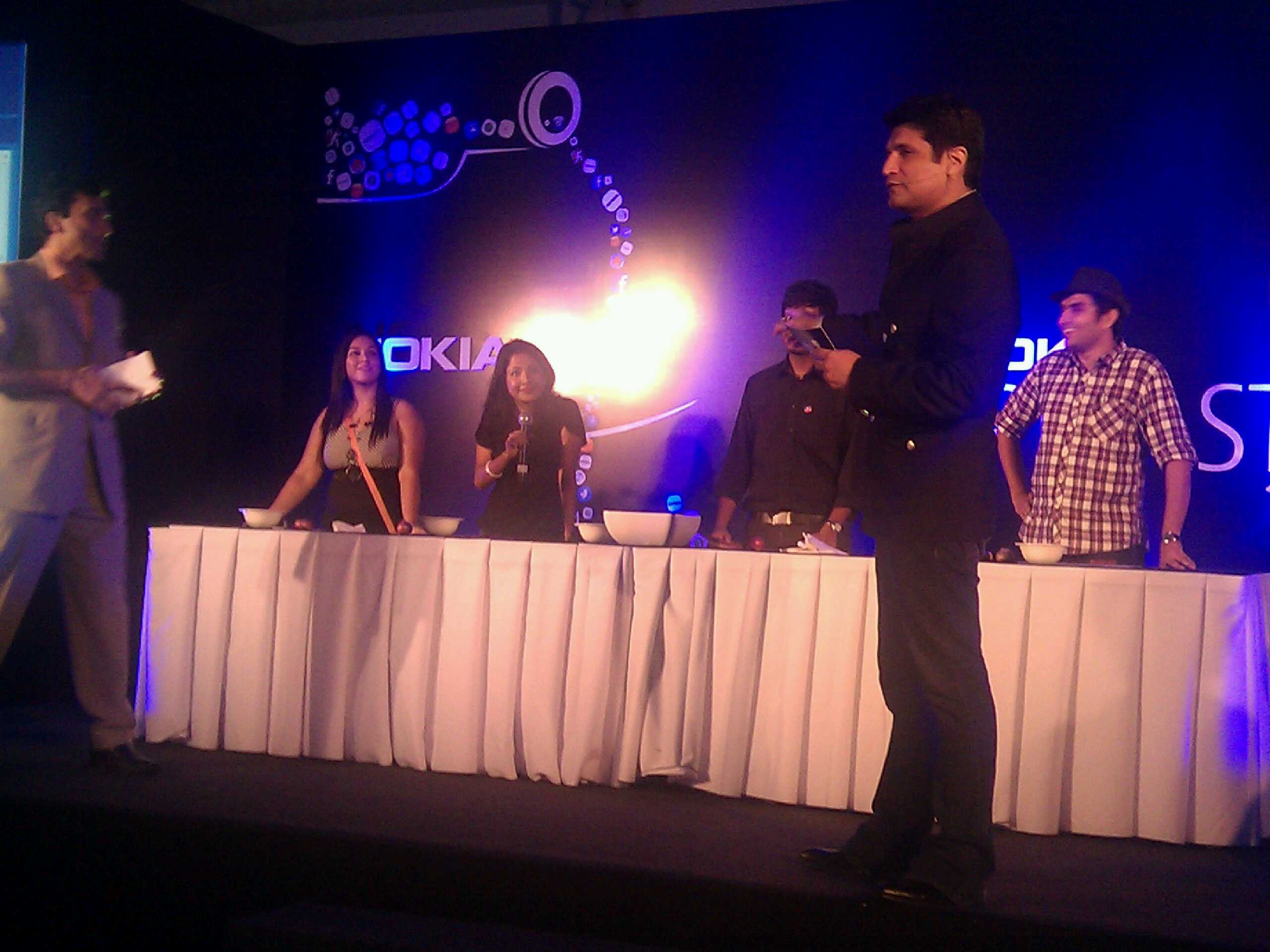 Amidst all this fun I kept tweeting about the various phases of the event and just happened to be among the top 25 twitters for that day. Elated and below is the infrographic by mukeshrijhwani