The Spicy Soya Bhurji Recipe, is a delicious side dish that is packed with flavors from green chillies, ginger and garlic and tossed in mild spices. It makes a high protein dish that you can serve along with Tawa Paratha and Kadhi for a dinner or lunch. 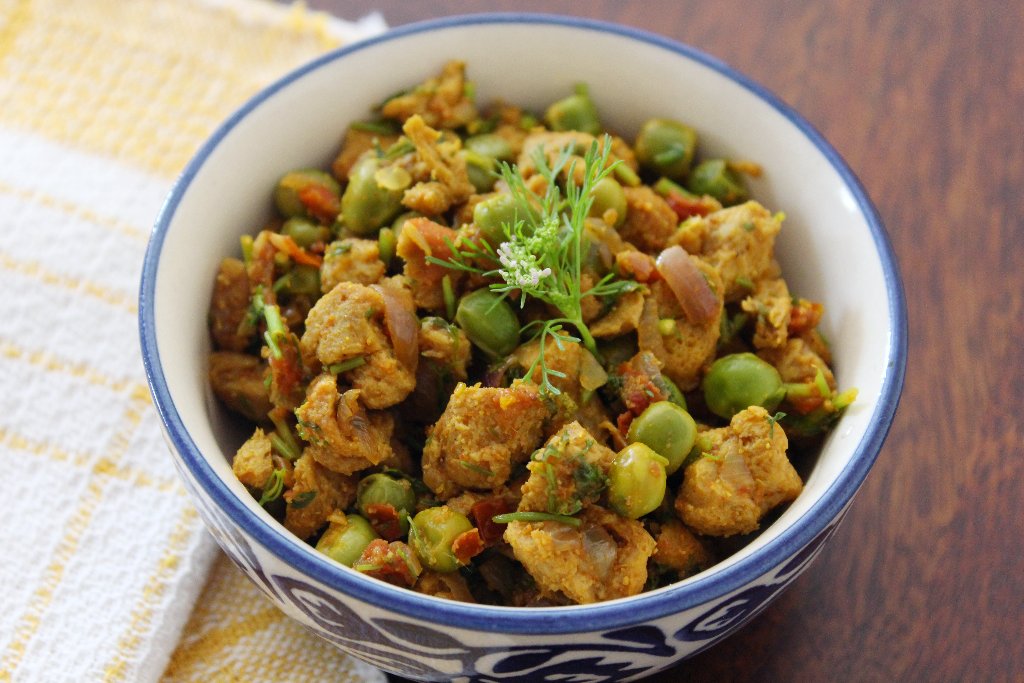 The Spicy Soya Bhurji Recipe is an easy protein rich side dish that you can make along with roti or parathas.

The soya chunks are soaked in hot water, squeezed and then blended in a mixer to semi chunky mixture to resemble the scramble. It is then cooked in a onion tomato mixture and flavoured with the chole masala apart from the regular spice powders. The chole masala adds a wonder twist and flavour to the soya chunks. We have also added in some steamed peas to add colour and nutrition to the dish.

Soya chunks are rich in proteins and a good source for the vegetarians to take care of their daily protein intake.

Serve the Spicy Soya Bhurji Recipe along with Tawa Paratha, Punjabi Kadhi with Methi and Carrot Cucumber Tomato Salad for a wholesome lunch or dinner.

You can also serve Soya Chunks Bhurji along with Panchmel Dal and Phulka for a weekday meal. To add extra nutrition, add a bowl of Curd and Satvik Carrot Sprout Salad to your meal.

If you like this Spicy Soya Bhurji Recipe, you can also try other Bhurji recipes for your North Indian Breakfast 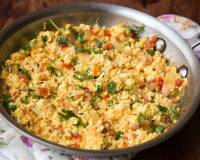 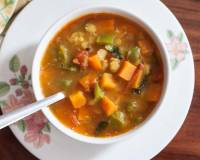 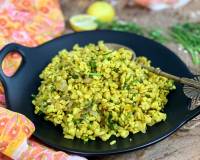 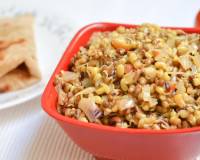 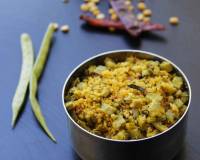